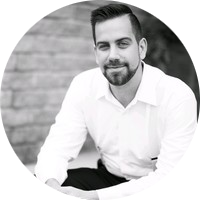 My name is Patrick Downing and I’ve been dabbling with computers and technology since the late 90s. I’ve always had a fascination of how things work and thoroughly enjoyed breaking them to find out how they tick. From re-installing the DIMMs backwards on my first computer with a little too much vigor, to accidentally formatting the family’s Windows 95 C:\ drive while figuring out how to use the command prompt - I’m no stranger to breaking an egg … or motherboard … or two.

One the defining moments of my past happened in 2005 when I stumbled upon The Code Book by Simon Singh. It fed into my curiosity of learning how things work by and provided a bridge between classical thinking, applications to modern computers and finally a look at where we are headed in years to come, specifically with Quantum Cryptography. While the competition for solving the series of challenges at the end of the book had long ended, I remember to this day the sleepless nights spent pouring over notepads of paper attempting to break them and the sheer glee when I managed to complete the next code.

The next step in my road to information security came in 2008 with yet another book - Hacking: The Art of Exploitation by Jon Erickson. Coming fresh off my sophomore assembly language/embedded systems class I was fascinated at how computers would “do what you told them to do” not “do what you meant them to do”. Hacking: The Art of Exploitation showed me my first buffer overflow and I hit the ground running from there.

In 2010 I received my undergraduate in Computer Science. After a late night lab discussion with my Operating Systems’ professor I realized I wasn’t done with pursuing my academic career and applied to a MSc of Information Security program. In addition to formal academics I wanted to explore the more hands-on side of InfoSec and found my way to Offensive Security. By 2011, after several months of practicing in the lab environment, I managed to “try harder” and passed the OSCP exam. With the certification under my belt I finished up the Masters degree in 2012 to wrap up my stint in academia.

As of 2013 I moved from the Academic world and kicked off my professional career as an operational analyst for a fortune 500 company. I was lucky enough to be offered a broad range of responsibilities covering Firewall management, Intrusion Detection Systems, Identity and Access Management, and Authentication and Cryptographic services. I grew professionally in the role and I’ve since transitioned to manage a global team supporting Identity and Access Management platforms and services.

How did this all begin?

In addition to professional day-to-day, I am a big proponent of Gamified learning experiences. From participating, to running, I believe that by incorporating competitive and compensating elements to the learning journey, the journey to learning, quite literally anything, can be enhanced to be more accessible to the masses.

I spend my time participating in CTF events testing new techniques on CTF-like online exercises and platforms, such as Hackthebox and Hackerone to explore the Cyber Security realm. Alternative, I enjoy participating in Quantum Challenges and Hackathons by companies like IBM and Xanadu - testing the waters of this bleeding edge technology. I also enjoy taking the time to understand the nuts and bolts of old gaming systems by attempting to emulate them and follow a similar methodology to recreate and understand cryptographic systems under the hood.

If you’re reading this I finally decided to take the plunge. Between preparing and participating in Gamified events and various other projects I needed a place to gather my thoughts and keep track of important notes. More importantly, I set this up as a way to keep myself in check and make sure I don’t let things fall to the side.

What will you find here?

The pseudonym was originally chosen in my early college days for various forums, online gaming and other whimsical purposes. Throughout the years I’ve grown more attached to it and have expanded its scope to my security and development work.

Tying into the “aristocratic” patrician naming - loosely combined as “aristocrat of nothing”.